old dude fucks his beautiful teen babe. over here nxxx.me
View cart “Penguin – artistic rendering plug-in for Rhino and AutoCAD” has been added to your cart.

Includes lifetime support and a $100 discount on our commercial training.

Rhinoceros®, commonly called Rhino, is a cutting-edge 3D NURBS modeling tool. Due to its ease of use, high accuracy, and unlimited capability to model any shapes, it has become the tool of choice for tens of thousands of designers, architects, engineers, jewelers, and artists.

Rhino 7 runs on Windows or Mac computers and it includes a visual programming language Grasshopper. Rhino 7 license also allows to run either Rhino 6 or Rhino 5 versions, one at a time.

Rhino 7 is the most significant upgrade in the history of this great design tool, which is now the world’s most versatile 3D modeller.
You can create organic shapes with our new SubD tools. Run Rhino and Grasshopper as a Revit® Add-On with Rhino.Inside.Revit. Use the robust QuadRemesh algorithm to create a beautiful quad mesh from NURBS geometry or meshes. With this release, we’ve unlocked completely new modeling workflows and refined many steadfast features.

system requirements
Demonstrations
The best way to get started with Rhino is to attend our free training “Introduction to 3D Design with Rhino“.
To schedule a free demonstration at our site, please email sales@schindler.ca or call 1-888-688-6835.

Rhino can create, edit, analyze, document, render, animate, and translate NURBS curves, surfaces and solids, subdivision geometry (SubD), point clouds, and polygon meshes. There are no limits on complexity, degree, or size beyond those of your hardware.

Rhino 7 is the most significant upgrade in our history. Create organic shapes with our new SubD tools. Run Rhino and Grasshopper as a Revit® Add-On with Rhino.Inside.Revit. Use the robust QuadRemesh algorithm to create a beautiful quad mesh from NURBS geometry or meshes. With this release, we’ve unlocked completely new modeling workflows and refined many steadfast features.

Thanks to thousands of prerelease users, we were able to field test and refine Rhino 7, making it the fastest and most stable version ever.

Rhino 7 adds dozens of refinements to existing tools and some new commands:

Editing complex models in Rhino 7 is fast and easy:

High-quality presentations are critical to most design projects.

Every type of physical product design relies on technical illustration and 2D drawing to concisely communicate ideas, specifications, and instructions to people in design, development, and fabrication. Our goal for Rhino was to make it easier to create 2D drawings and illustrations for every discipline in every notation system and visual style used around the world.

As you may know, the Rhino development project started nearly 20 years ago to provide marine designers with tools for building computer models that could be used to drive the digitally controlled fabrication equipment used in shipyards.

We continue to focus on the fact that designs are only useful once they are built and in the hands of consumers. With the cost of digital fabrication and 3D printing technology dropping quickly, more and more designers now have direct access to 3D digital fabrication equipment.

While we are not experts on all the many fabrication, manufacturing, or construction processes, we do focus on making sure that Rhino models can be accurate enough for and accessible to all the processes involved in a design becoming a reality.

Robust mesh import, export, creation, and editing tools are critical to all phases of design, including:

Both new and enhanced mesh tools, plus support for double-precision meshes, accurately represent and display ground forms such as the 3D topography of a large city.

Design realization requires high‑quality 3D models in every phase of design, presentation, analysis, and fabrication. Rhino includes tools to help ensure that the 3D models used throughout your process are the highest possible quality.

Rhino is compatible with hundreds of different CAD, CAM, CAE, rendering, and animation products. The openNURBS libraries allow hundreds of other applications to read and write Rhino’s native 3DM files.

In Rhino 7, we’ve improved fidelity for existing formats and support for SubD where possible. In addition, you can now…

Grasshopper is a graphical algorithm editor included with Rhino.

Unlike RhinoScript, Rhino.Python, or other programming languages, Grasshopper requires no knowledge of programming or scripting, but still allows developers and designers to develop form generation algorithms without writing code.

The world’s most robust 3D development platform for specialty modeling, rendering, analysis, and fabrication tools across a wide variety of disciplines.

RhinoScript is Windows only
Note: While RhinoScript is still widely used and supported on Windows, we recommend that users and developers move to Rhino.Python for both Windows and Mac. See below.

Available in Rhino for Windows, the RDK includes a rich set of functionality for renderer developers, including:

You can completely wrap your plugin application around Rhino. Here is how using C++ or RhinoCommon (.NET)

Our regional office in Europe provides a translation and localization service for third-party developers and anyone else interested in translating their products to French, German, Italian, Spanish, etc. Details…

If you have developed a Rhino plugin that you would like to make available to other Rhino users, food4Rhino is the place to post the details about your plugins for Rhino and Grasshopper. It is free. Details…

The major goal for each new Rhino release is to make it easier for managers and system administrators:

It is easy to disable plugins. This is important for users who are testing new plugins or having a problem and suspect the problem is caused by a particular plugin.

After the first release of every major new version, there are bug fix releases that download automatically. The users are prompted to install them.

Service releases do not install automatically.
You are prompted to install. You can also turn off the automatic download service.

The splash screen shows the thumbnails of the most recent files along with details about the Rhino version, event news, and tech tips. It also notifies users when a service release has been downloaded and is ready to be installed.

Since your team’s productivity and frustration are at stake, we want to make sure help is available when you need it.

As with all versions of Rhino, support is included in the purchase price. There are no maintenance or subscription fees.

Support resources for Rhino include:

Serengeti, named after the largest African savanna, is where Rhino grows.

We like to involve users in every phase of the Rhino development process. As with prior releases, we will invite current users to try, test, and provide feedback on the next release while it is still in development.

Since many development efforts span more than one release, we have set up the Serengeti Project to give users a more direct influence on all future Rhino developments.

That means you can always have access to the weekly Work-In-Progress (WIP) builds of everything we are working on, no matter when or if it will be released. Rhino WIP builds are where we develop future features including improved SubD support, Grasshopper 2, rendering and display improvements, and much more.

Rhino automatically downloads service releases to your computer and notifies you when they are ready to install. You can control when updates are downloaded in Rhino Options > Updates and Statistics. You can also download them from here.

For pre-release builds, under Rhino Options > Updates and Statistics select:

Please post your Rhino 8 wishlist items as topics in the Serengeti category on Discourse.

Rhino 8 pre-release builds are available to Rhino 7 users in phases: 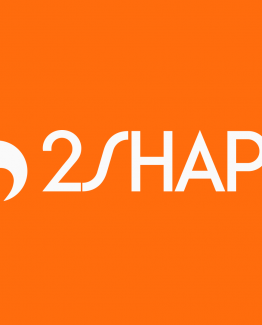